Joseph Varney Baker (1908-1993), who is believed to be the first black man to own a PR firm in the U.S. Here we offer the story of another pioneering figure in the history of communications. Inez Yeargan Kaiser was the first black woman to own a PR firm in the US. Like Baker, this PR pro deserves far more recognition inside and outside the industry.
Inez Kaiser
The similarities between Kaiser and Baker are many. Both had journalism experience before entering PR. Each also belonged to PRSA and were active in their communities and politics. They also forged their impressive careers while struggling for basic rights that were denied blacks during much of their lives. Both Kaiser and Baker were involved in the civil rights movements and used their talents as communicators to get out messages about the movement.

This article is part of a series with The Museum of PR that celebrates PR NEWS’ 75th anniversary.]

A Difficult Start
Inez Kaiser was born on April 22, 1918, in Kansas City, Missouri. She came into the world only 53 years after the end of slavery, as the Great War was coming to its conclusion. It was a time when women had yet to win the right to vote, and Jim Crow ran rampant. Not exactly an auspicious time for an African-American child to begin life.

Standing in at a small, but powerful 5 feet as an adult, Kaiser would not allow circumstances to hold her back. She always lived her life by the words of author Napoleon Hill, who said, “Whatever the mind can conceive and believe, it can achieve.”

In the late 1930s, when most African-Americans weren’t allowed to pursue higher education, Kaiser applied to Pittsburg State Teachers College of Kansas. She earned a bachelor’s degree in education from Pittsburg, in 1941. Later she earned a master’s degree from Columbia University and an honorary doctorate from Lincoln University.

Fighting Back
Given the institutional racism that existed in the country at the time, Kaiser’s path was anything but easy. During one of her classes at Pittsburg State, the instructor in a sewing course ordered all of the black students in the room to leave. The instructor didn’t want them in the class.

The determination that Kaiser displayed as an undergraduate would become a constant theme in her life. After graduating from college, Kaiser began teaching home economics, which she did for 26 years.

Avocation, Vocation
At this point, you’re wondering, ‘How did Inez Kaiser get into PR?’ Good question.

In the mid-1950s, as a hobby, Kaiser began writing a column called “Fashionwise and Otherwise.” African-American newspapers across the country published the column. Kaiser’s column covered fashion shows in New York, California, and at the House of Dior in Paris.

She also wrote a column in The Kansas City Star titled, “As I See It.” In addition, Kaiser authored a cookbook, in 1968, called “Soul Food Cookery.” It was the first cookbook to explore what we now consider a typically American cuisine.

Roots in Journalism
One morning in 1957, Kaiser decided she had done enough teaching. She typed a one-line letter of resignation. Again, the determination of Kaiser is impressive. She chose unemployment at a time when she had $13,000 in debt – the medical bills from her father’s long illness added up quickly.

It was at this point that she decided to go into PR – a field she had never heard of – at the suggestion of an editor at an African-American newspaper.

Good Advice and 7-Up
7-Up was Kaiser’s first major account. Kaiser won the contract because a 7-Up executive liked that she admitted she didn’t know the answer to one of his questions. She promised to get him an answer within one day.

By the early 1960s, after securing 7-Up and other accounts such as Sterling Drug, Sears & Roebuck, Lever Brothers, and others, Kaiser became the first African-American woman to run a PR firm with national clients.

Kaiser earned many accolades. These include National Minority Advocate of the Year in 1997, Teacher of the Year (Missouri State Teachers Association), and Business Woman of the Year in Kansas City.

Relationships Count
In an interview with The Museum of Public Relations in 2015, Kaiser offered these words of advice to those practicing PR: “Always be thoughtful and thorough with your clients. And try your best to develop a personal relationship with them.”

Kaiser passed on July 31, 2016, aged 98. Her son, Rick Kaiser, donated his mother’s papers to the Museum following her passing. The collection includes proposals she wrote for corporations and photos with presidents. There’s even a copy of her famous cookbook, according to Shelley Spector, the Museum’s co-founder and director.

The collection also includes the above-mentioned interview the Museum did with Kaiser in 2015. It is a charming, instructive interview available at the Museum’s site: https://www.prmuseum.org/video-and-audio/#inez

Notes: A version of this content appeared in PR NEWS. For subscription information, please visit: http://www.prnewsonline.com/about/info

For more information about Inez Kaiser and other prominent African-American PR pioneers, visit The Museum of Public Relations and its site at www.prmuseum.org 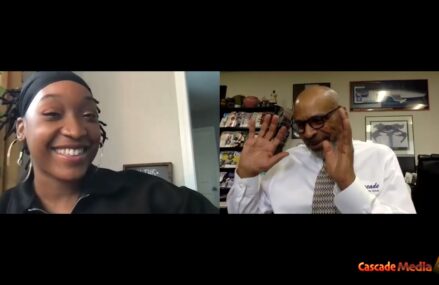 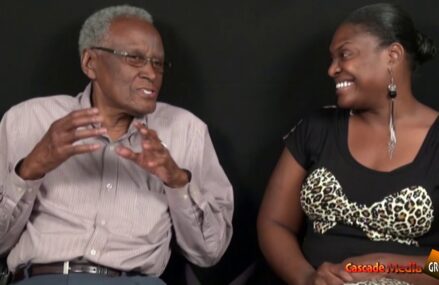 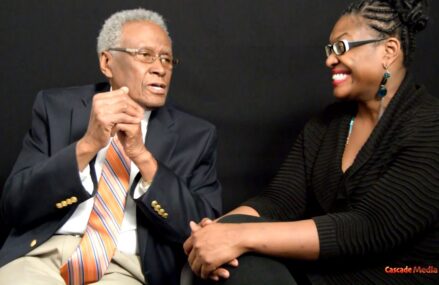