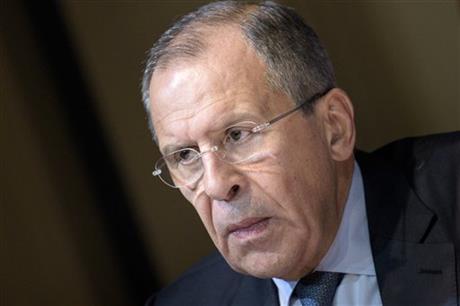 There’s much speculation about Russian motives for intervening in Syria. The root answer lies in the timing.

Vladimir Putin, the Kremlin boss, finally decided Syrian leader and Moscow ally Bashar Assad was in danger of losing control of Damascus, the capital of the civil-war ravaged nation.

That, in turn, would have crushed a key Russian foreign policy objective — keeping Syria together as a unitary state and maintaining the Russian foothold in the Middle East.

“Assad has not been doing well for a long time, so that leads me to believe they (the Russians) saw something lately that made them think things were getting considerably worse, and they had to intervene,” said Eugene Rumer, director of the Carnegie Endowment Russia and Eurasia program.

Holding together the status quo has played heavily in Kremlin foreign policy reaching deep into the past. And the logic of Mideast and North African developments — the centrifugal spinning apart of Iraq and Libya, for example — was deeply unnerving to Moscow.

That was particularly true as the Russians saw the danger in Syria, a long-time client, arms customer and Moscow’s only remaining outpost in the region. Beyond that, Syria is home to Moscow’s only naval base in the Mediterranean.

Putin began Russian involvement in what is becoming his textbook incremental fashion. First, in late summer, he quietly boosted military hardware and personnel at the Soviet-era Tartus base on the Syrian Mediterranean coast. Then, in late September, Putin spoke at the United Nations General Assembly for the first time in years. He issued a strong argument that the U.S. was failing against ISIS militants who hold a large swath of territory in Syria and neighboring Iraq.

The next day, Putin said Russia might start air strikes. Those bombing runs began within days, but the targets were not ISIS fighters, as Putin had said, but the more moderate Syrian rebels Washington was backing against Assad.

The northwest region out of which Moscow is operating remains a heartland of Alawite supporters of Assad. Alawites form a branch of Shiite Islam, a fact that also has made Syria a close ally of non-Arab but predominantly Shiite Iran. Tehran already was heavily involved on Assad’s behalf in the four-year civil war.

But Tehran’s help, along with militia fighters from Lebanon’s Shiite Hezbollah, wasn’t enough.

“For some time Russian security and military leaders have been frustrated that even with the aid of fighters from Iran and Hezbollah, Assad’s forces have been unable to hold their own,” said William Courtney, a former U.S. diplomat in Moscow, and now adjunct senior fellow at the RAND Corporation, and a former ambassador to Kazakhstan and Georgia.

The Kremlin fears, however, that the armed opposition to Assad will adapt to Russian air power, which will then lose effectiveness, Courtney said.

“These worries have contributed to Russia’s recent professed interest in finding a ‘political solution’ to the Syrian crisis,” he said. “The Kremlin may press for a while for Assad to retain his position. In some time, however, Russia and the West may both see him as expendable. The West views Assad as too brutal, and Russia (sees him) as too weak and ineffective.”

Whether effective or not, Russia’s involvement has led to resumed talks about Syria’s future in Vienna. So far there’s no progress but at least there are talks, notable for including Iran — at Russia’s insistence — for the first time. They are notable as well for easing the Kremlin’s isolation after its takeover of Crimea and backing for pro-Moscow forces fighting the central government in Ukraine.

The Russian action — whether causal or not — has now been followed by President Barack Obama’s decision to insert a few dozen American special operators in Syria to bolster the Assad opposition, including highly effective Kurdish fighters in the north. That move is in contrast to Obama’s previous vow to not put American “boots on the ground” in Syria.

While it remains unclear if Russia can succeed in Syria — by holding together a unified state whether led by Assad or another strongman — it is certain Kremlin intervention was strategically timed, has undercut U.S. tactics and has restarted negotiations to end the Syrian civil war.

The success of those talks, however, remains highly uncertain.