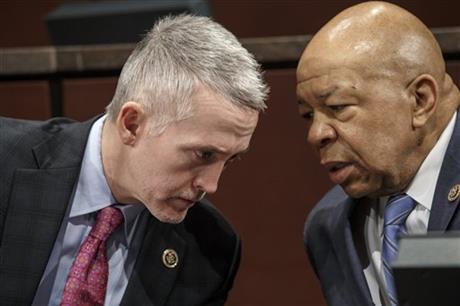 A special House committee looking into the deadly Benghazi, Libya, attacks in 2012 will interview a host of current and former high-ranking Obama administration officials as it speeds the pace of the investigation.

Gowdy has previously said he will ask former Secretary of State Hillary Rodham Clinton to testify at a public hearing before the 12-member committee. He said Friday that appearance should occur “as soon as possible.”

Gowdy said last week he was frustrated at the slow pace of the investigation and was going to “ratchet it up.”

Gowdy said the interviews with the high-ranking officials will begin as soon as April, after the panel interviews 22 potential witnesses who work for the State Department or have knowledge of the attacks.

The State Department agreed to the interviews last week but said that since many of the potential witnesses work overseas, the department “will need flexibility” as to when the witnesses will appear.

Their report harshly criticized the State Department for its security posture in the months before militants stormed the Benghazi facility. But House GOP members said their review was incomplete and lacked independence.