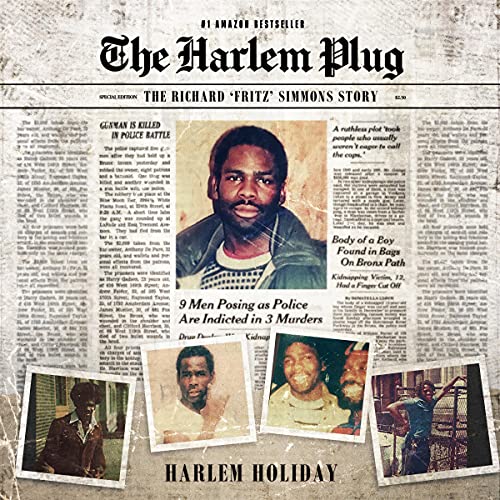 “To have once been a criminal is no disgrace. To remain a criminal is the disgrace.” (Malcolm X) In Harlem’s tumultuous history, there are many tragedies. For those growing up in this part of New York City, a young man known simply as Fritz from West 112th Street became an urban legend in Harlem. In the 1970s, Richard “Fritz” Simmons is introduced to the drug trade by an associate of the Lucchese crime family, one of the five families of La Cosa Nostra (the Mafia). After negotiating a deal with the Medellín Cartel, Fritz becomes New York’s Cocaine Consignment King. The lucrative deal unlocks a lavish lifestyle with more money than Fritz’s family and Harlem could’ve imagined. Now distributing kilos of cocaine on a kingpin level to many well-known Harlem heavyweights, Fritz employs hundreds throughout the five boroughs of New York City and neighboring states. Fritz further extends his generosity in ways few from the community had ever seen. Fritz reigns supreme for more than a decade in the drug game, making millions under the radar of the NYPD, and he never got busted. Some look at Fritz as the Keyser Soze of the ’80s, the most enigmatic drug dealer of that time. Harlem Holiday brings her inside scoop after almost three decades of silence, speculation, and secrecy. This biography is the in-depth story of Fritz never before told; the tale of how a lowly street hustler rises to orchestrate a one-man syndicate. It’s an account of events, as told by Fritz’s family and closest friends, and details gathered from newspaper clippings, magazine articles, court transcripts, and social media. Fritz’s truth, joy, and despair are fully disclosed, while circumstances surrounding his death still remain a mystery. December CMG Of Book The Month Goliath By Tochi Onyebuchi