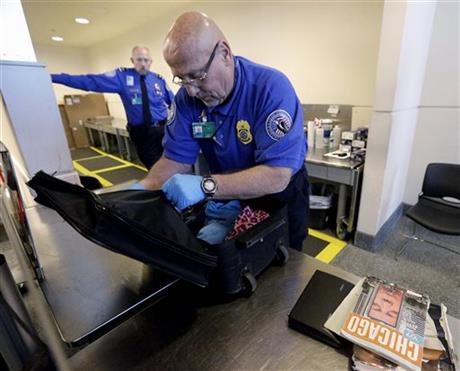 By ERICA WERNER and ALICIA A. CALDWELL
Spending for the Department of Homeland Security hangs in the balance as Congress fights over immigration matters in the agency’s annual funding bill. Without action by Feb. 27, the department’s budget will shut off.

To hear Democrats and many Republicans tell it, the result would be unacceptable risks to U.S. security at a time of grave threats worldwide. In reality, though, most people will see little change if the department’s money flow is halted, and some of the warnings of doom are as exaggerated as they are striking.

“There are ghoulish, grim predators out there who would love to kill us or do us harm,” said Sen. Barbara Mikulski of Maryland, top Democrat on the Senate Appropriations Committee. “We should not be dillydallying and playing parliamentary pingpong with national security.”

In the view of some House conservatives, though, shutting off the agency’s $40 billion budget for a time “is obviously not the end of the world,” as Rep. Matt Salmon, R-Ariz., put it, because many agency employees would stay at work through a shutdown.

Who’s right, and what would the impact be if Congress were to let money for the department lapse?

Salmon and a few other conservatives are the only ones saying it publicly so far, but the reality is that a department shutdown would have a very limited impact on national security.

That’s because most department employees fall into exempted categories of workers who stay on the job in a shutdown because they perform work considered necessary to protect human life and property. Even in a shutdown, most workers across agencies, including the Secret Service, Transportation Security Administration, Federal Emergency Management Agency and Customs and Border Protection, would continue to report to work.

Airport security checkpoints would remain staffed, the Secret Service would continue to protect the president and other dignitaries, the Coast Guard would stay on patrol, immigration agents would still be on the job.

Indeed, of the agency’s approximately 230,000 employees, some 200,000 of them would keep working even if Congress fails to fund their agency. It’s a reality that was on display during the 16-day government-wide shutdown in the fall of 2013, when national parks and monuments closed but essential government functions kept running, albeit sometimes on reduced staff.

So what of the sometimes overheated rhetoric, often from Democrats trying to prove a political point?

But if the department loses its money, the Coast Guard will stay in operation and so will the ports.

There would be one big change, though. Most workers would not get paid until the shutdown ends, a circumstance guaranteed to put pressure on members of Congress hearing from constituents angry about going without their paychecks.

One exception: Workers at agencies funded by fees, instead of by congressional appropriations, would continue their functions while still drawing a paycheck.

It so happens that applies to the very employees charged with putting in place the immigration programs at the heart of the political dispute.

Fees pay the salaries of the U.S. Citizenship and Immigration Services workers who would process applications from immigrants eligible to work lawfully in the country under President Barack Obama’s immigration policies. Even though Republicans are so determined to shut down Obama’s program that some are willing to risk Homeland Security money to do it, it would stay up and running with little impact in the event of a shutdown.

So who would stop working in a shutdown? Mostly administrative staff, including support workers at headquarters and personnel who do training at the Federal Law Enforcement Training Centers, employees involved in research and development, and those responsible for operating and maintaining the E-Verify system that allows businesses to check the immigration status of new hires.

In addition, all personnel involved in administering grants would be furloughed, including Federal Emergency Management Agency workers who make grants to state and local governments, fire departments, and others to help them prepare for or respond to various threats and emergencies. That has led to pleas to Congress from the mayors, among others, to keep Homeland Security Department funding going.
EDITOR’S NOTE _ An occasional look at political claims that take shortcuts with the facts or don’t tell the full story