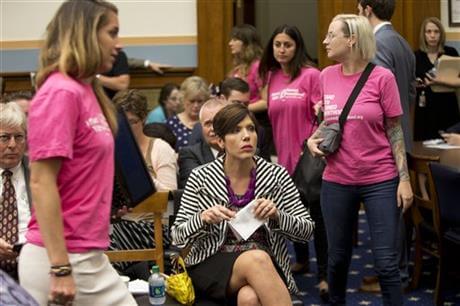 By ALAN FRAM
The chairman of a House committee investigating Planned Parenthood says the probe will protect taxpayers from financing the kind of “horrors” that were suggested by secretly recorded videos.

Republican Rep. Bob Goodlatte (GUD’-lat) of Virginia made the comment Wednesday as the House Judiciary Committee held the first congressional hearing on the videos.

They were made secretly by anti-abortion activists and show Planned Parenthood officials discussing how they sometimes provide tissue from aborted fetuses for medical research.

Critics say the videos show Planned Parenthood is illegally profiting from tissue sales and is breaking other laws. They want Congress to block Planned Parenthood’s federal dollars — a large part of the $500 million in government money it gets each year.

Planned Parenthood says it’s done nothing wrong and that the videos were misleadingly edited.