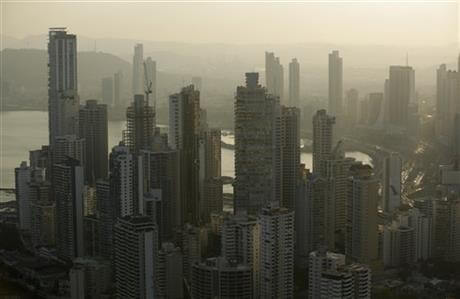 By JILL LAWLESS and DAVID McHUGH
The leak of millions of records on offshore accounts claimed its first high-profile victim Tuesday as Iceland’s prime minister resigned amid outrage over revelations he had used such a shell company to shelter large sums while Iceland’s economy was in crisis.

The fall of Icelandic leader Sigmundur David Gunnlaugsson is the biggest fallout so far from the publication of the names of rich and powerful people linked to the leaks, dubbed the Panama Papers.

China and Russia, meanwhile, took the opposite approach, suppressing the news and rejecting any allegations of impropriety by government officials named in the leak of more than 11 million financial documents from a Panamanian law firm.

Sponsored Links
40 Years Later: You Will Never Believe How ‘The Brady Bunch’ Look Now?
Definition
38 Celebs With The Highest IQ’s in Hollywood
Your Daily Dish
The reports are from a global group of news organizations working with the Washington-based International Consortium of Investigative Journalists. They have been processing records from the Mossack Fonseca law firm that were first leaked to Germany’s Sueddeutsche Zeitung newspaper.

The announcement that Gunnlaugsson was stepping down came from the country’s agriculture minister. It followed the refusal by Iceland’s president to dissolve parliament and call a new election, and after thousands of Icelanders protested outside the parliament building in Reykjavik.

No replacement has yet been named, and Iceland’s president did not immediately confirm that he had accepted the resignation.

Gunnlaugson has denied any wrongdoing and said he and his wife have paid all their taxes. He also said his financial holdings didn’t affect his negotiations with Iceland’s creditors during the country’s acute financial crisis.

Gunnlaugson sought to call a snap election Tuesday, but President Olafur Ragnar Grimsson refused, saying he wanted to consult with other party leaders before agreeing to end the coalition government between Gunnlaugsson’s center-right Progressive Party and the Independence Party.

The leaked documents allege that Gunnlaugsson and his wife set up a company called Wintris in the British Virgin Islands with the help of the Panamanian law firm. Gunnlaugsson is accused of a conflict of interest for failing to disclose his involvement in the company, which held interests in failed Icelandic banks that his government was responsible for overseeing.

Iceland, a volcanic North Atlantic island nation with a population of 330,000, was rocked by a prolonged financial crisis when its main commercial banks collapsed within a week of one another in 2008.

Since then Icelanders have weathered a deep recession and been subjected to tough capital controls — another reason the prime minister’s offshore holdings rankle many.

China, on the other hand, dismissed as “groundless” reports that the Panamanian law firm had arranged offshore companies for relatives of at least eight present or past members of the Communist Party’s Politburo Standing Committee, the apex of power in China.

Among those named in the leaked documents was the brother-in-law of President Xi Jinping. State media have ignored the reports and searches of websites and social media for the words “Panama documents” were blocked.

China’s Foreign Ministry spokesman Hong Lei said he would not discuss the reports further and declined to say whether the individuals named would be investigated.

“For these groundless accusations, I have no comment,” Hong told reporters at a regularly scheduled news conference.

Meanwhile, Ukraine’s president was accused of abusing his office and of tax evasion by moving his candy business offshore, possibly depriving the country of millions of dollars in taxes.

Shell companies aren’t in themselves illegal. People or companies might use them to reduce their tax bill legally, by benefiting from low tax rates in countries like Panama, the Cayman Islands and Bermuda. But the practice is frowned upon, particularly when used by politicians, who then face criticism for not contributing to their own countries’ economies.

Because offshore accounts and companies also hide the names of the ultimate owners of investments, they can be used to illegally evade taxes or launder money.

Mossack Fonseca says it obeys all laws relating to company registrations and does not advise people how to evade taxes.

The firm said in a statement that “our industry is not particularly well understood by the public, and unfortunately this series of articles will only serve to deepen that confusion.

“The facts are these: While we may have been the victim of a data breach, nothing in this illegally obtained cache of documents suggests we’ve done anything wrong or illegal, and that’s very much in keeping with the global reputation we’ve worked hard to build over the past 40 years of doing business the right way. ”

Members of the Group of 20 — which includes China — have agreed on paper to tighten laws relating to shell companies and make sure authorities can find out who the real owners are. Actual legislation at the national level has lagged behind the promises, however.

The appearance of offshore accounts in political scandals is far from new. Shell companies played a role in the corruption scandal involving the Petrobras oil company in Brazil. The U.S. Justice Department said in an indictment last year that offshore accounts were used to mask the transfer of bribes to officials at FIFA, the global soccer federation.

The report said use of offshore company registrations had spiked after the European Union introduced regulations in 2005 requiring countries to exchange tax information on individual people, but not for companies. Many of the accounts, however, have since been closed.

The EU has since tightened its rules on offshore companies under its Fourth Anti-Money Laundering Directive, which is being phased in as national governments pass local laws to comply by June 26, 2017. The new rules tighten requirements for companies to keep accurate information on their real owners and to make that available to authorities.