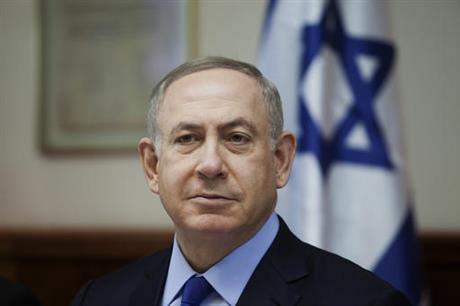 The allegations further poisoned the increasingly toxic atmosphere between Israel and the outgoing Obama administration in the wake of Friday’s vote, and raised questions about whether the White House might take further action against Israeli settlements in its final weeks in office.

With the U.S. expected to participate in an international peace conference in France next month and Secretary of State John Kerry planning a final policy speech, the Palestinians said they were hoping to capitalize on the momentum from the Security Council vote.

Although the U.S. has long opposed Israeli settlements on occupied lands, it has traditionally used its veto in the U.N. Security Council to protect its ally Israel from international censure. But in a change of policy, it abstained from Friday’s vote, allowing the resolution to pass by a 14-0 margin.

Israeli Prime Minister Benjamin Netanyahu, who has long had a cool relationship with President Barack Obama, has called the resolution “shameful” and accused the U.S. of playing a leading role in its passage.

On Tuesday, his spokesman went even further.

“We have ironclad information that emanates from sources in the Arab world and that shows the Obama administration helped craft this resolution and pushed hard for its eventual passage,” David Keyes said.

“We’re not just going to be a punching bag and go quietly into the night as the Obama administration helps push such a grave resolution,” he said.

He did not identify the Arab sources or say how Israel obtained the information. Israel has close security ties with Egypt, an original sponsor of last week’s resolution. Under heavy Israeli pressure, Egypt delayed the resolution last week before other council members presented it for a vote a day later. Egypt ended up voting in favor of the measure.