Dexter Keith Gordon was born on February 27, 1923, in Los Angeles, California. His father, Dr. Frank Gordon, one of the first African American doctors in Los Angeles, arrived in 1918 after graduating from Howard University Medical School in Washington, D.C. Among his patients were Duke Ellington and Lionel Hampton. Dexter’s mother, Gwendolyn Baker, was the daughter of Captain Edward Lee Baker, Jr. one of the five African American Medal of Honor recipients in the Spanish–American War.[4]

Gordon played clarinet from the age of 13, before switching to saxophone (initially alto, then tenor) at 15. While still at school, he played in bands with such contemporaries as Chico Hamilton and Buddy Collette.[5]

Between December 1940 and 1943, Gordon was a member of Lionel Hampton’s band, playing in a saxophone section alongside Illinois Jacquet and Marshal Royal. During 1944 he was featured in the Fletcher Henderson band, followed by the Louis Armstrong band, before joining Billy Eckstine. The 1942–44 musicians’ strike curtailed the recording of the Hampton, Henderson, and Armstrong bands; however, they were recorded on V-Discs produced by the Army for broadcast and distribution among overseas troops. In 1943 he was featured, alongside Harry “Sweets” Edison, in recordings under Nat Cole for a small label not affected by the strike.

Bebop era recordings
By late 1944, Gordon was resident in New York, a regular at bebop jam sessions, and a featured soloist in the Billy Eckstine big band (If That’s The Way You Feel, I Want To Talk About You, Blowin’ the Blues Away, Opus X, I’ll Wait And Pray, The Real Thing Happened To Me, Lonesome Lover Blues, I Love the Rhythm in a Riff). During early 1945 he was featured on recordings by Dizzy Gillespie (Blue ‘n’ Boogie, Groovin’ High) and Sir Charles Thompson (Takin’ Off, If I Had You, 20th Century Blues, The Street Beat). In late 1945 he was recording under his own name for the Savoy label. His Savoy recordings during 1945-46 included Blow Mr. Dexter, Dexter’s Deck, Dexter’s Minor Mad, Long Tall Dexter, Dexter Rides Again, I Can’t Escape From You, and Dexter Digs In. He returned to Los Angeles in late 1946 and in 1947 was leading sessions for Ross Russell’s Dial label (Mischievous Lady, Lullaby in Rhythm, The Chase, Iridescence, It’s the Talk of the Town, Bikini, A Ghost of a Chance, Sweet and Lovely). After his return to Los Angeles, he became known for his saxophone duels with fellow tenorman Wardell Gray, which were a popular concert attraction documented in recordings made between 1947 and 1952 (The Hunt, Move, The Chase, The Steeplechase). The Hunt gained literary fame from its mention in Jack Kerouac’s On The Road, which also contains descriptions of wild tenormen jamming in Los Angeles. Cherokee, Byas a Drink, and Disorder at the Border are other live recordings of the Gray/Gordon duo from the same concert (all issued on the album The Hunt in 1977). In December 1947, Gordon recorded again with the Savoy label (Settin’ the Pace, So Easy, Dexter’s Riff, Dextrose, Dexter’s Mood, Index, Dextivity, Wee Dot, Lion Roars). Through the mid-to-late 1940s, he continued to work as a sideman on sessions led by Russell Jacquet, Benny Carter, Ben Webster, Ralph Burns, Jimmy Rushing, Helen Humes, Gerry Mulligan, Wynonie Harris, Leo Parker, and Tadd Dameron.From Wikipedia, the free encyclopedia 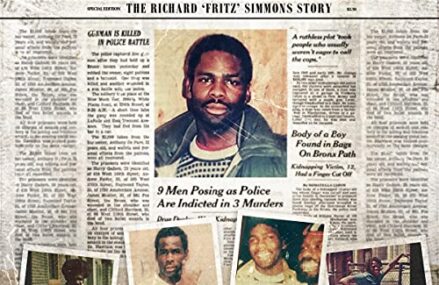