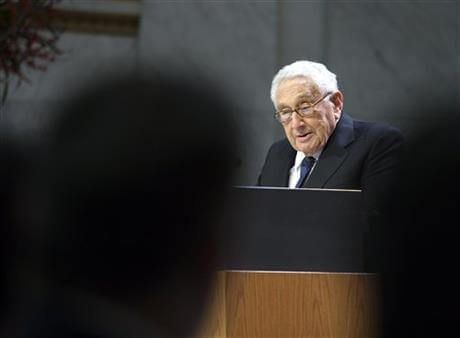 Former U.S. Secretary of State Henry Kissinger has described President-elect Donald Trump as being a personality that has “no precedent in modern American history,” but cautioned against judging him on his campaign rhetoric.

The Nobel Peace laureate says that before “postulating an inevitable crisis,” the new administration should be given a chance to present its international policies, despite the “rhetorical elements … (and) challenging patterns” presented during Trump’s campaign.

Kissinger, who was awarded the 1973 peace prize, was speaking Sunday at the newly-established Nobel Peace Prize Forum Oslo.

He shared the award with Vietnamese politician and diplomat Le Duc Tho for their efforts in negotiating the Paris Peace Accords aimed at ending the Vietnam War. Tho, however, declined the award.