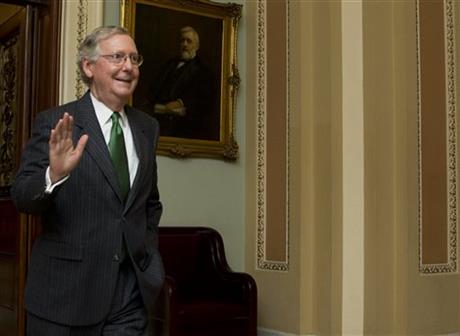 By ERICA WERNER
The Senate’s top Republican is moving to disentangle contested immigration measures from stalled legislation to fund the Department of Homeland Security.

The Kentucky Republican said Tuesday that he’s “ready to try another way.”

Passage of such legislation could set the stage for passage of a Homeland Security budget bill that’s free of the immigration controversy that has sparked a series of Democratic filibusters.