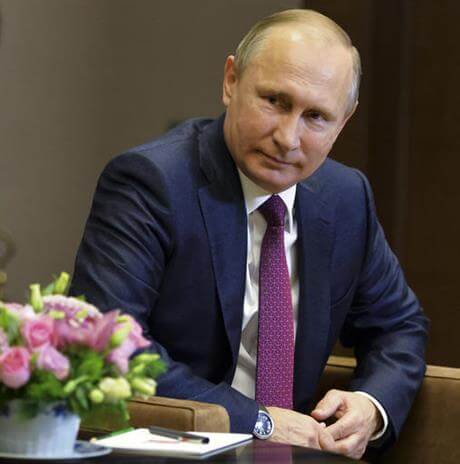 Putin has ordered that the aid corridors — which Russia had opened earlier — also be open on Friday, for longer hours, from 9 a.m. to 7 p.m., along with two new exit routes for the rebels to leave eastern Aleppo “in order to prevent a senseless loss of life,” the defense ministry said.

One exit leads to the Turkish border, the other to the city of Idlib, according to the ministry.

Chief of the Russian General Staff Gen. Valery Gerasimov said he was “calling on all leaders of armed groups directly to cease hostilities and leave Aleppo with their weapons.”

Gerasimov also said the rebel offensive on the Syrian government-held districts in western Aleppo, which was launched last week, has failed to break through the siege.

“They have no chance to break out of the city,” he added.

Rebel groups in Aleppo dismissed Russia’s latest offer, with one of the groups describing it as a media stunt for “public consumption.”

Yasser al-Youssef, a spokesman for the Nour el-Din el-Zinki rebel group, said Russia “is not serious” and its latest initiatives “don’t concern us.” He added that the Russian leader’s comments do not reflect the reality on the ground.

“We need an international commission to check the Russian lies,” al-Youssef said.

Molhem Ekaidi, deputy commander of Fastaqim group, one of the major rebel factions fighting inside Aleppo, also accused the Russians of lying. “The (Russian) shelling and crimes continue and their planes have not left the skies of Aleppo,” he said.

Lavrov spoke Wednesday at the start of a visit to Greece, a NATO and European Union member that has maintained close ties with Russia. He did not name any countries. Peace talks on Syria have involved U.S. Secretary of State John Kerry and foreign ministers of Turkey, Saudi Arabia, Qatar, and Iran.