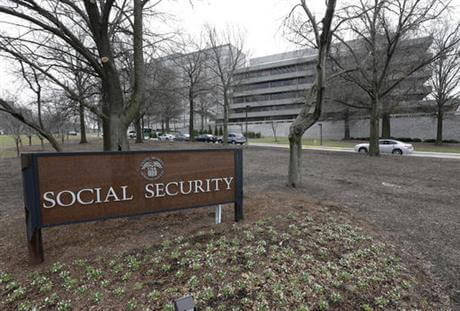 By STEPHEN OHLEMACHER
Millions of Social Security recipients and federal retirees will get a 0.3 percent increase in monthly benefits next year, the fifth year in a row that older Americans will have to settle for historically low raises.

There was no increase this year. Next year’s benefit hike will be small because inflation is low, driven in part by lower fuel prices.

The federal government announced the cost-of-living adjustment, or COLA, Tuesday morning. By law, the COLA is based on a government measure of consumer prices.

The COLA affects more than 70 million people — about 1 in 5 Americans.

by TaboolaMore from AP
The Latest: Clinton has twice as many six-figure donors
Emails show Clinton’s response to LGBT backlash
The average monthly Social Security payment is $1,238. That translates into a monthly increase of less than $4 a month.

More bad news for seniors: Medicare Part B premiums, which are usually deducted from Social Security payments, are expected to increase next year to the point in which they will probably wipe out the entire COLA.

By law, the dollar increase in Medicare’s Part B premium cannot exceed a beneficiary’s cost-of-living raise. That’s known as the “hold harmless” provision, and it protects the majority of Medicare recipients.

But another federal law says that the Part B premium must raise enough money to cover one-fourth of expected spending on doctors’ services. That means that a minority of beneficiaries, including new enrollees and higher-income people, have to shoulder the full increase. Their premiums would jump.

Millicent Graves, a retired veterinary technician, says Medicare and supplemental insurance premiums eat up nearly a third of her $929 monthly Social Security payment. And don’t tell the 72-year-old from Williamsburg, Virginia, that consumer prices aren’t going up. She says her insurance premiums went up by $46.50 this year, and her cable TV, Internet and phone bill went up, too.

More than 60 million retirees, disabled workers, spouses and children get Social Security benefits. The COLA also affects benefits for about 4 million disabled veterans, 2.5 million federal retirees and their survivors, and more than 8 million people who get Supplemental Security Income, the disability program for the poor. Many people who get SSI also receive Social Security.

“This loss of anticipated retirement income compounds every year, causing people to spend through retirement savings far more quickly than planned,” said Mary Johnson of the Senior Citizens League. “Over the course of a 25- or 30-year retirement, it reduces anticipated Social Security income by tens of thousands of dollars.”

By law, the cost-of-living adjustment is based on the Consumer Price Index for Urban Wage Earners and Clerical Workers, or CPI-W, a broad measure of consumer prices generated by the Bureau of Labor Statistics. It measures price changes for food, housing, clothing, transportation, energy, medical care, recreation and education.

The COLA is calculated using the average CPI-W for July, August and September. If prices go up, benefits go up. If prices drop or stay flat, benefits stay the same.

Some advocates complain that the government’s measure of inflation doesn’t reflect the costs many older Americans face.

For example, gasoline prices have fallen by nearly 18 percent over the past year, according to the August inflation report, while the cost of medical care has gone up by more than 5 percent.

For seniors who don’t drive much, they don’t get the full benefit of low gas prices, said Max Gulker, a senior research fellow at the American Institute for Economic Research. Many seniors, however, spend more of their income on health care.

“I just have to rely more each month on cashing in investments,” Graves said. “I’m lucky I can do that.”