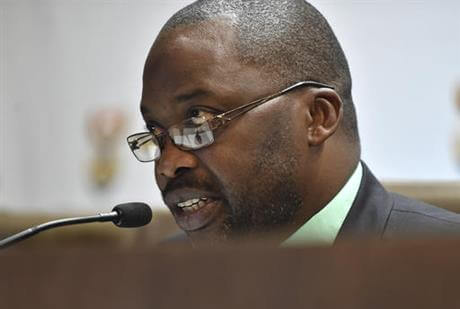 By CHRISTOPHER TORCHIA
South Africa on Friday reversed its early support for the International Criminal Court and said it will withdraw from it, raising concerns of a possible African exodus that would undermine a human rights tribunal accused by some leaders of unfairly targeting the continent.

The announcement followed a similar decision by Burundi this week and was criticized by human rights groups that see the ICC as the best means of pursuing perpetrators of the world’s worst atrocities. The treaty creating the court entered into force in 2002 after years of efforts by South Africa’s post-apartheid government and others.

No country has ever withdrawn from the ICC. Now, the debate over a mass African withdrawal is expected to be a “hot issue” at an African Union summit in January 2017, said Oryem Okello, deputy foreign minister of Uganda, a critic of the court.

“We think the matter is best decided as a bloc,” Okello said.

The possible departure of more countries “really questions whether or not the court is going to survive because it simply will not have the number of countries that it needs in order to be seen as legitimate and international,” said Mark Ellis, executive director of the International Bar Association.

Many African countries were supportive of the court’s creation partly because of the 1994 Rwandan genocide, but grew uneasy due to ICC scrutiny of national leaders. Under the Rome Statute that created the court, signatory countries have a legal obligation to arrest anyone sought by the tribunal.

The treaty is “in conflict and inconsistent with” South Africa’s diplomatic immunity law, Michael Masutha, the minister of justice, told reporters Friday.

The treaty hinders South Africa’s goal of promoting peace talks, which can include hosting adversaries on its soil, Masutha said. South Africa has hosted talks on Zimbabwe, Congo and Madagascar in the past.

Parliament is likely to pass the bill. The ruling African National Congress party holds a majority of seats, and its parliament office welcomed the decision, saying “the ICC has allowed non-member states to dictate and interfere with its work to suit their own imperialist agendas.”

South Africa’s announcement follows a dispute last year over a visit by Sudanese President Omar al-Bashir, who is wanted by the ICC for alleged war crimes, crimes against humanity and genocide in Darfur. Al-Bashir was allowed to leave South Africa even though a local court ordered authorities to stop him.

Friday’s announcement came ahead of a Nov. 22 Constitutional Court hearing in which the government was scheduled to appeal legal rulings against it in the al-Bashir case. Masutha said the state will drop its appeal.

South Africa submitted its intention to withdraw from the International Criminal Court in a letter delivered at the United Nations. Observers say a withdrawal takes effect a year after the U.N. secretary-general is formally notified. U.N. spokesman Stephane Dujarric said the countdown for South Africa started on Wednesday.

Countries still have to cooperate with any ICC proceedings that begin before the withdrawal takes effect.

South Africa’s main opposition party, the Democratic Alliance, said it would go to court to declare the government’s decision unconstitutional. Richard Goldstone, a South African who was an international criminal prosecutor, said the move was demeaning to his countrymen.

“From a moral standpoint, it detracts from the inspiring legacy of the administration of President Nelson Mandela that so strongly supported the ICC and all of the mechanisms of international justice,” Goldstone said in a statement.

On Tuesday, President Pierre Nkurunziza of Burundi signed legislation to withdraw from the ICC, which had said it would investigate political violence that followed Nkurunziza’s decision last year to pursue a third term, which some have called unconstitutional.

The ICC, based in The Hague, Netherlands, had 124 member states before Burundi’s move. The United States, China, Russia and Israel are among non-members.

ICC spokesman Fadi El Abdallah said international support “in Africa and beyond” is necessary for the court “to fulfil its independent and impartial mandate” to prosecute perpetrators of genocide and other crimes.

The push among some African countries to withdraw from the court began after it indicted Kenyan President Uhuru Kenyatta on charges of crimes against humanity for 2007 post-election violence in which more than 1,000 died. The ICC prosecutor said threats to witnesses, bribery and lack of cooperation by Kenya’s government led to the case’s collapse.

Only Africans have been charged in the six cases that are ongoing or about to begin, though preliminary ICC investigations have been opened elsewhere in the world. The African Union has said it will not compel member states to arrest a leader on behalf of the ICC.

Handing another country’s leader over to the ICC would interfere in another nation’s sovereignty, he said.

“One cannot think of a more plausible scenario of forced regime change by one country on another,” Masutha said.