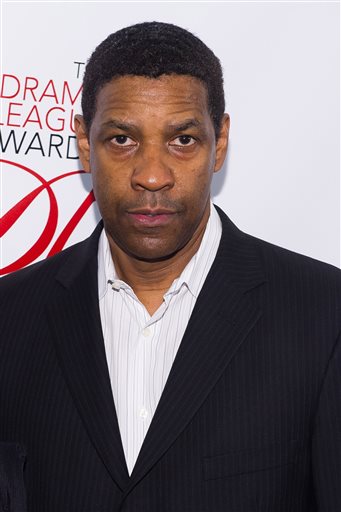 This Friday, May 16, 2014 photo shows Denzel Washington at the Drama League Awards in New York. On Tuesday, July 22, 2014, the Toronto Film Festival unveiled a star-heavy lineup, including Washington, amid increased festival jockeying for the most plum premieres of Hollywood’s fall season. (Photo by Charles Sykes/Invision/AP, file)

But much of the drama to this fall festival season is about the competition for that most sought-after label: “world premiere.”

Toronto, now in its 39th year, has long been a sprawling annual event that helps set much of the agenda for Hollywood’s award season. It’s where recent best-picture winners like “12 Years a Slave” and “Argo” were effectively introduced, although both of those films sneak-peaked first at the smaller Telluride Film Festival days earlier.

As a result, Toronto earlier announced a new mandate that only true world premieres will play during the festival’s first four days, during its most desirable first weekend.

“There needed to be clarity,” said festival director Piers Handling on Tuesday.

This year’s Toronto still boasts an incredible breadth of selection. Handling expects as many as 300 features at the festival, for which more films will later be added to the 59 galas and special presentations announced Tuesday.

While festival programmers have yet to name an opening night film, Alan Rickman’s “A Little Chaos,” starring Kate Winslet as a Palace of Versailles landscaper, will close the festival.

The festival will also feature the directorial debut of “Daily Show” host Stewart, “Rosewater,” a drama about the imprisonment of Iranian journalist Maziar Bahari. Other notables include two films for Witherspoon (the addiction recovery drama “Wild” and the Sudanese Lost Boys drama “The Good Lie”), two for Al Pacino (“Manglehorn” and “The Humbling”), as well as films starring Jennifer Aniston (“Cake”) and Jessica Chastain (“Miss Julie”).

Rock will premiere his “Top Five,” about a comic-turned-movie star. Baubach will present his “While We’re Young,” with Ben Stiller.

Several of the biggest movies this fall have already gone to other festivals. Opening at the New York Film Festival will be Paul Thomas Anderson’s “Inherent Vice” and David Fincher’s “Gone Girl.” The Venice Film Festival will kick off with the premiere of Alejandro Inarritu’s “Birdman or The Unexpected Virtue of Ignorance,” starring Michael Keaton.

Two of the top films at the Cannes Film Festival in May, Bennett Miller’s “Foxcatcher” and Mike Leigh’s “Mr. Turner” will also make a stop in Toronto.