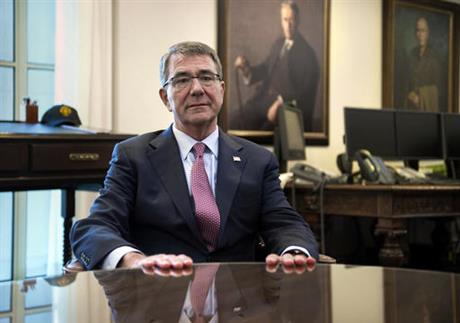 By ROBERT BURNS
U.S. Air Force B-2 bombers attacked a pair of Islamic State military camps in Libya, killing more than 80 fighters in an unusual mission that may have marked the final demonstration of military force of President Barack Obama’s global counterterrorism campaign.

The militants targeted in the airstrikes included Islamic State members “actively planning operations against our allies in Europe,” Defense Secretary Ash Carter said Thursday. He would not say more about the nature of the threat.

“These were critically important strikes for our campaign and a clear example of our enduring commitment to destroy ISIL’s cancer not only in Iraq and Syria but everywhere it emerges,” Carter said on his last full day as secretary of defense.

Among the questions facing the new administration of President-elect Donald Trump is how to counter IS in places like Libya, where extremists have vast swaths of ungoverned territory to hide, train and prepare attacks.

Carter defended the administration’s efforts to extinguish the Islamic State threat, while acknowledging that it has spread from Iraq and Syria to North Africa, Afghanistan, Europe and parts of Asia. He said extremists will remain a concern in Libya as long as that country is embroiled in a civil war.

IS, he said, “has little nests, sometimes of people who rebranded themselves, who were there already and received inspiration and sometimes support.”

The B-2 bombers flew more than 30 hours roundtrip from Missouri and dropped about 100 munitions of a type known as a Joint Direct Attack Munition, or JDAM, which is equipped with GPS guidance control to help it find its target with precision. Each B-2 is capable of carrying up to 80 JDAMs.

But it is unusual for the U.S. to send the bomber on a counterterrorism mission, particularly against such a modest number of targets like the camps in Libya. Pentagon press secretary Peter Cook said it was the first time the B-2s were used in combat since the 2011 air campaign that forced Libyan dictator Moammar Gadhafi from power and led to his killing.

The camps were located about 45 kilometers, or 28 miles, southwest of the central coastal city of Sirte, Cook said. He and Carter said the mission was undertaken in cooperation with Libya’s government of national accord, which has been unable to assert control over the whole country.

Cook said some of the militants had fled to the desert camps from the former IS stronghold of Sirte to “reorganize.”

“They posed a security threat to Libya, the region, and U.S. national interests,” he told reporters.

The initial assessment is the strikes were successful, he said, adding that Washington was prepared to further support Libyan efforts to defeat IS.

The country remains divided between east and west, with no effective government and a multitude of rival factions and militias.