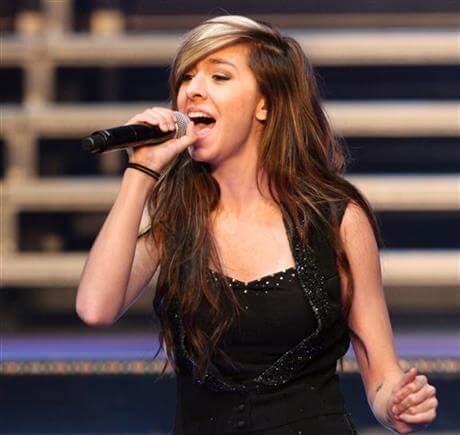 By NICKI MAYO and GREG SCHREIER
A gunman opened fire at a Florida concert venue as a onetime star of “The Voice” signed autographs for fans after a show, killing the performer before fatally shooting himself, officials said Saturday.

A publicist for Christina Grimmie, Heather Weiss, said in an email early Saturday that “we can confirm that Christina has passed and went home to be with the Lord.” The Orlando Police Department also confirmed on its official Twitter page that Grimmie had died.

Grimmie, a New Jersey native, finished third during season six of NBC’s “The Voice” in 2014, competing on the team of Maroon 5 star Adam Levine. She began amassing a following on YouTube as a teenager, gripping online viewers with her powerful renditions of hit songs. Her videos on YouTube have garnered millions of views.

Police said in a news release that the 22-year-old singer had performed with the band Before You Exit at The Plaza Live in Orlando. The concert ended around 10 p.m., and Grimmie was shot as she signed autographs for fans at a merchandise table.

Sponsored Links
Proposed Section 385 Regulations Signal Big Changes Ahead. Are You Prepared?
LinkedIn I PwC
She’s Got It: World’s Most Mighty 11 Famous Females
Forbes
Grimmie’s brother immediately tackled the gunman, who then shot and killed himself during the struggle, police said. The gunman was not identified, and police have not said why he attacked the singer. An investigation is ongoing, but police credited the singer’s brother with preventing the gunman from hurting others.

Sgt. Wanda Miglio said during a news conference after the shooting that about 60 to 100 people were in attendance, though only a handful remained when the shooting happened.

“It was just a casual event,” she said.

Grimmie had posted a video of herself shortly before the concert was scheduled to begin, encouraging fans to come see her perform.

Levine posted a photo of himself with Grimmie on Instagram, commenting before her death was confirmed: “I’m sad, shocked and confused. We love you so much Grimmie. We are all praying hard that you can pull through this … this just isn’t fair.”

“The Voice” paid tribute to Grimmie on its official Twitter page: “There are no words. We lost a beautiful soul with an amazing voice.”

The Philadelphia Inquirer reported in 2014 that Grimmie moved to Los Angeles in 2012 after joining Selena Gomez on tour to focus on her singing career.

“I’m done being surprised by cool things she does. She’s very talented and she’s worked incredibly hard — it’s a dangerous combination,” her brother Mark Grimmie told the newspaper at the time.

This story has been corrected to show that the publicist’s last name is Weiss, not Walsh.